Stay Up To Date On What’s Happening 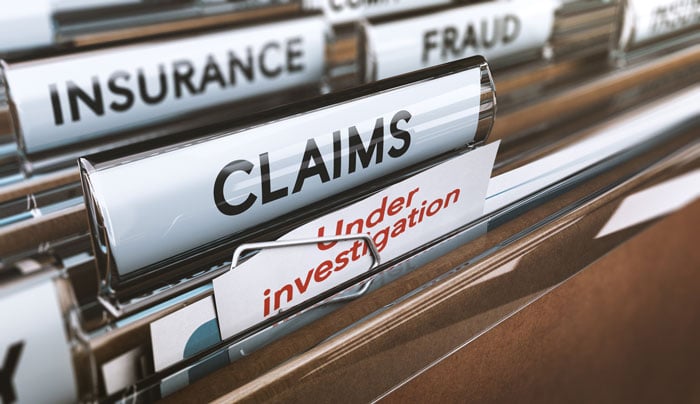 3 Early Signs of Problems With Your Insurance Claim

Share
Tweet
Pin
Share
Homeowners want an immediate response after their home is damaged. Most people file their insurance claim as soon as possible so they can begin lining up contractors. Insurance companies are not always as efficient with their end of the process. Delays and denials of a claim add to the stress for the homeowner, so learn about some of the early signs of a potential problem.

Delays following a major weather event are understandable, but some companies intentionally drag out their claims process. Laws were created to help prevent these types of unnecessary delays. Insurance companies in Florida have only 14 days to contact the client after they have filed an initial incident report. The same timeframe is in effect when a client later requests a claim update.

The insurer must respond within 10 days after a policyholder submits their proof-of-loss claim. This form is used to explain the damage and itemize the cost of repairs. The insurer does not need to deny or accept the amount in 10 days, but they must at least schedule an inspection within that period of time.

A maximum of 90 days is allowed from when the insurance company sends an adjustor, contractor, or home inspector to review the damage. At the end of the 90-day period, the company must give the claimant either a settlement check or a denial letter.

Contact the insurance company if they do not comply with these regulations to express concern over the delay and request assistance. Document all calls and keep all correspondence from the insurer. Also, record the date of all phone calls or office visits, as well as the name of the agent contacted. You may need to hire a public adjuster if you’re unable to resolve the situation alone.

Another concern is a request for the homeowner to make a recorded statement about the claim. The insurer may prefer to have a personally recorded statement forwarded to them, or they may wish to record an interview over the phone. Some companies do this as a standard part of their procedure, but it is unusual.

Recorded statements are sometimes used to enable a denial. A simple mistake like stating the incident date incorrectly during the interview could be used as a reason to not pay the claim. A mistake may not prevent approval after an appeal, but it does delay the process. Refusal to process a claim without a recording is only legal if it is included in the original policy.

Policyholders seeking an update are usually told the claim is being processed. This is a normal part of the effort and means the paperwork is going through the necessary channels to enable a payout. However, clients who receive the message of an investigation should be cautious.

Investigations take place when the insurer believes the damage was caused by an uncovered incident or that the amount of the claim is too high. Unscrupulous insurance companies also use investigations to delay the claim.

Protection is available to policyholders in Florida against what is known as bad-faith insurance practices. Insurance companies can be found guilty of this practice if they handle a case unprofessionally, allow unreasonable delays, or refuse to accept a genuine claim.

A claimant has the right to seek out a lawyer, but a faster solution is with a public adjuster. At The People’s Choice Public Adjuster, we handle claims for homeowners who have experienced delays or had a claim denied. Contact us if your insurance company is taking too long or acting hesitant about fulfilling their end of the contract.